i saw Superman Returns this weekend. it was good… better than i expected after hearing some critics. it was imho better than X-Men 3. i do agree that casting could’ve been a little better… besides Spacey who was perfect. there were many tributes to the older movies… with a nudge of newness… which was cool… but kind of left me feeling like it rode the fence too much.

a couple of weeks ago i predicted that Superman Returns would have the largest grossing opening weekend in US box office history… overtaking Spiderman. so far it doesn’t look like that feat will happen… but will know tomorrow… either way i think Warner Brothers and DC will be happy. i just figured Superman would/should/could have a larger audience. 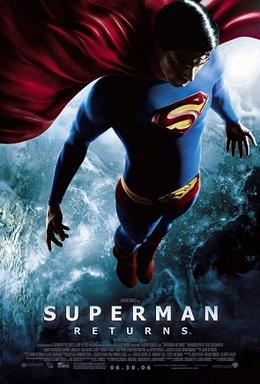