After trying a few, the one I’ve really come to like the best is Simple Gmail Checker. The interface isn’t exactly like Gmail Manager for FF, but you might actually like it better. It’s not the most downloaded gmail add on for chrome, but it probably should be. That is, if you have multiple gmail accounts and/or google apps email accounts. So, here’s my shout-out to another extremely helpful chrome extension! 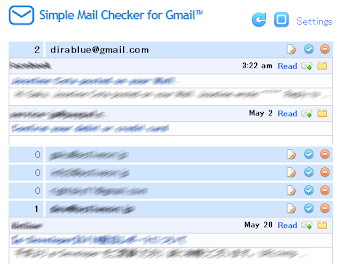 Gmail Checker Plus is a decent chrome extension for multiple accounts, but it has problems with multiple addresses from the same domain. This makes the add-on worthless if you actually monitor more than 1 email address on a domain. Nice try, better than nothing, but Simple Gmail Checker handles this scenario flawlessly!

If you’re looking for an add-on to manage multiple gmail and google apps accounts with Firefox then Gmail Manager is the way to go!